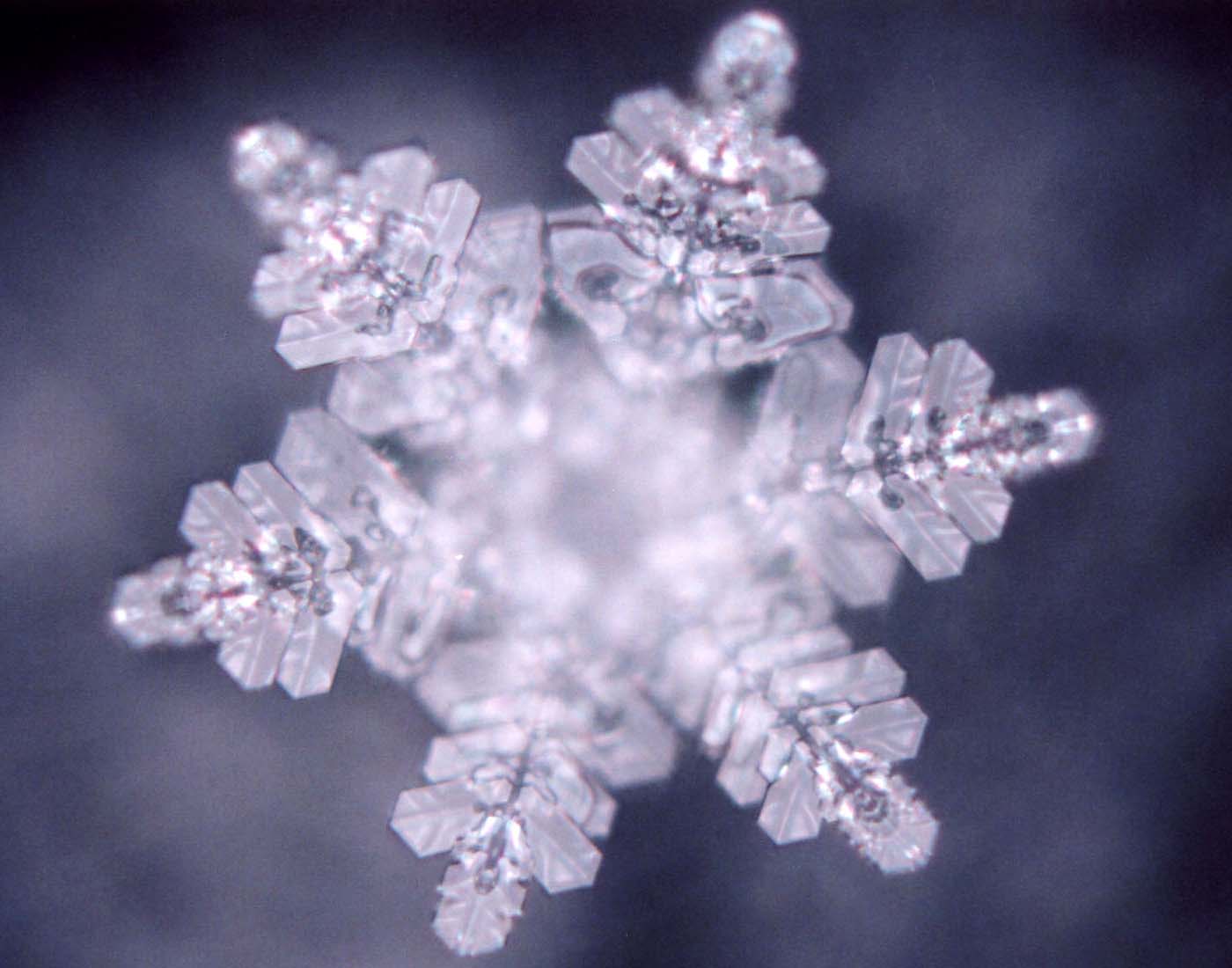 There are 1000’s of articles about the amazing discoveries of “Dr.” Mararu Emoto on blogs and positive thinking websites. He claims that water takes on energies from people meditating or saying words / phrases to it as it is freezing. Water supposedly exposed to the energy of love had more complex and beautiful ice crystal formation. 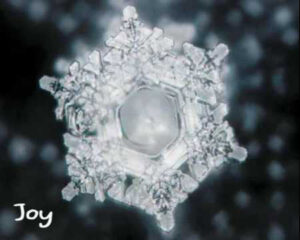 There isn’t evidence that thinking or beliefs alters physical properties of water in the ways that Emoto claims it does. Some issues with his studies are that he doesn’t follow experimental conditions or publish information about his methods. Emoto said the creativity of the photographer was valued more than the rigor of the experiment, and did not conduct double-blind studies. Attempts to reproduce his work under scientific conditions have failed.

Do labels on rice or other food affect it?

No, this is isn’t true although a lot of people believe it. Some bloggers and people online who replicated the experiment were able to get the same result, but for many others they had the opposite result, or both containers went bad at the same time. Most likely one of the containers had a contaminant that caused it to go bad first, or neither did and both went bad together. 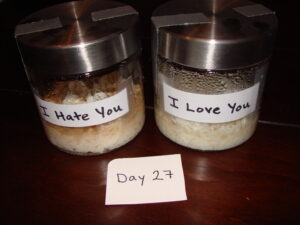 Is Masaru Emoto a real doctor?

Masaru Emoto became a doctor of alternative medicine at the Open International University for Alternative Medicine in India.  It sounds like it could be a real accredited university,  but it’s not,  they offer a one year doctoral program with no classes. The only information about the school online is on a free website setup through Webs, you might want to consider becoming a “doctor” too for approximately $400: http://openuniversitymumbai.webs.com/

Why do so many people believe him?

It takes literally a couple minutes to figure out that Masaru Emoto is a fraud using the internet, but I’d say the majority of people do not look it up. Why don’t so many people bother looking it up? Emoto’s research hits a nerve, it goes along with people’s belief system, or what they want to believe at least. Maybe some people do not know how to find valid information, or don’t think he seems like a liar, or don’t have time to confirm his unusual claims. People are often resistant to change, and do not want anything to challenge their opinions.

On Wikipedia it even says: Emoto’s work is widely considered pseudoscience, and he is criticized for going directly to the public with misleading claims that violate basic physics, based on methods that fail to properly investigate the truth of the claims.